Nine middle school and high school students whose parents participate in OAI’s workforce training programs spent four afternoons recently building things in the MakerLab. They learned 2D design and the capabilities of the laser cutter to create a backup hanger.

Next, they spent the afternoon in a virtual world with game designer Malcolm Williams. He brought in his Virtual Reality setup and the students were able to draw in 3D- moving around what they had created as if it was hanging in the air. They also had fun exploring the insides of the Great Pyramids and then dodging zombies.

They learned about 3D printing and created 3D designs (below) using Sculptris. We 3D printed their creations so they could take them home. 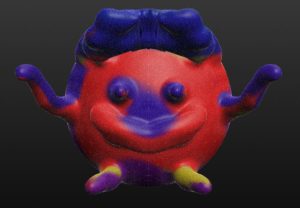 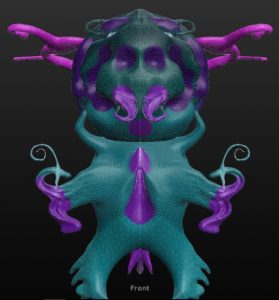 Lastly, they build a table top robot which learned to scramble around a table but always turn around just before it looked as if it was going to fall off. They designed stickers for the robots to personalize them. Below is an angry rabbit/robot crab! 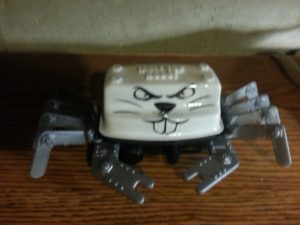